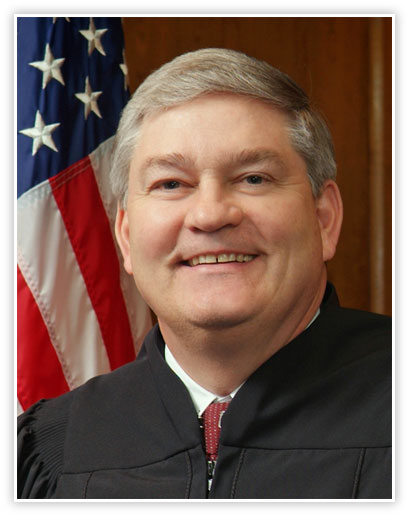 Judge Vernon L. Preston was appointed to the Third District Court of Appeals effective January 2, 2007, and then elected in 2008, and reelected in 2014.

He previously served on the Findlay Municipal Court for 13 years. For eight of those years he was presiding and administrative judge. In addition to his full time schedule as an appellate judge, for 16 years, at night, Preston was an Adjunct Professor of Equine Law at the University of Findlay.

Before being elected as a full time trial judge, Vern Preston served his community in a series of part-time positions including; a magistrate for the Findlay Municipal Court, Assistant Hancock County Prosecutor and Findlay City Prosecutor. As an attorney, Preston practiced administrative law and insurance law representing both individuals and business clients. He tried cases in all local State Courts and Federal District Court. He also served as corporate secretary and general counsel for a manufacturing corporation.

Preston started his Navy career as a hospital corpsman, then was ordered to officer candidate school and was commissioned as an ensign in the supply corps. He served on two nuclear submarines, then left active duty to attend law school and joined the Navy Reserve. During his career, Preston was selected as a unit commanding officer for five separate tours of duty. He was recalled to active duty in support of Operation Desert Storm as commanding officer of Cargo Handling Battalion Nine. During the conflict, his combat cargo handlers performed operations in six foreign countries. Preston received his “Eagles” in 1994. In 2003, he retired at the rank of Captain, after more than 31 years of service to his country.

Judge Preston was born and raised in Findlay, Ohio. He is a graduate of Findlay High School and Findlay College. He earned his law degree at the University of Toledo. After a short time in Portsmouth, where he opened a law practice, he and his wife, Debby, decided to move back home to raise their family. The Prestons have been married since 1971, have two adult sons and two granddaughters.